Protons and Electrons Atom 11 is now up for listening and pre-order: It’s Conan Neutron & the Secret Friends (Conan Neutron, Tony Ash, Dale Crover) with The Vig, and Cartographer with Turnip, The Cloth Clown.

I believe this is the first Cartographer release in 8 years. So there you go!

Cartographer is very closely tied to the NeutronFriends mythos, by nature of Conan being bandmates with Ben and Chris in Replicator, and with Chris and Andre in Mount Vicious. Without Replicator (and to a lesser extant Mount Vicious), there would be no Conan Neutron & the Secret Friends in any capacity.

Cartographer is burly, aggressive and uncompromising noise rock. While the band members don’t take anything too seriously, the music is serious as a heart attack. Pummeling drums, jagged guitar and bass that evokes pure sleaze and menace make a fully formed package of Noiserock(TM) delivery. I believe their song is about a birthday clown that wants to have sex with a young Ben Adrian’s mom.

The Neutron Friends tune is an homage to a classic gambling term. The Vig (short for vigorish) is interest principal amount owed on a debt or loan, always at a usurious rate, with the idea being that the borrower never ends up paying down the principal and is indebted to the lender by just just covering the interest. The conceit of the song is applying those principles to psychic costs, but it probably works as a more dead on interpretation too.

The EarthQuaker Devices Bit Commander, features prominently in the “proggy” chorus bit. While, I think the guitar sound in the verses are just straight into a cranked Bassman.

Anyway, vinyl ships in September but you can listen to the tunes on bandcamp now. 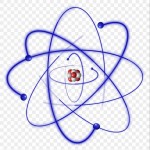 The Art of Murder

The Enemy of Everyone

Tickets going fast for the makeup mclusky show in

The end is extremely fucking nigh! 28 Days Later.

The mighty June of 44! @juneof44.official @johnnyb

Nice little write up on The Commuter video by @she

Moved my pedalboard to the couch where I was sorti

ok, this time for real! OAKLAND! With the mighty m

You may have missed